gilbert & casey as one flesh 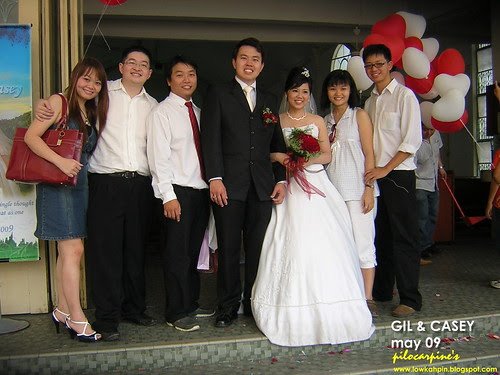 Call me sua ku (in hokkien, meaning mountain beetle or turtle) if you want to, but that was the first time I attended a church wedding.

Happier still was the fact that I was given the honor to be one of the hengtais for my close high school pal, Gilbert.

It brought back fond memories seeing 4 of us together – Gilbert, Gabriel, Kar Loon and me.

Back when we’re in Form 6, we’re classmates and we’re probably close because we’re sort of lepak buddies, and after-school-eat-in-the-school-canteen buddies.

Back in those days, Gilbert and Kar Loon were the two fellas sitting right in front of the class, almost in front of the teacher’s table. They’re neither kiasu nor having severe uncorrectable refractive error, but I guess they enjoyed the convenience of being able to ask the teacher any question, lame or serious, without causing any unnecessary distraction to the rest of the class.

In the same row, Gab and I would be the last person sitting at the back of the class, right near to the window. We’re neither lazy nor uninterested, but simply I guess our table position in the class has its own perks ie.

1 more oxygen and fresh air from window. How fresh air helps to create a healthy competitive brain is no rocket science. Something you can figure out.

3 we can choose and plan our own daily academic activities, and not dictated by the school time table, ie. we can choose to do more Add Maths practice when the PA teacher is teaching us crap and most of the time doesn’t have an inkling on what she’s teaching.

As for after-school-eat-in-the-school-canteen buddies, we’re probably nerdy, economical people who don’t go out to chow much during those days. Anyway, my school canteen served delicious Char Koay Teow back then.

Last day of May. 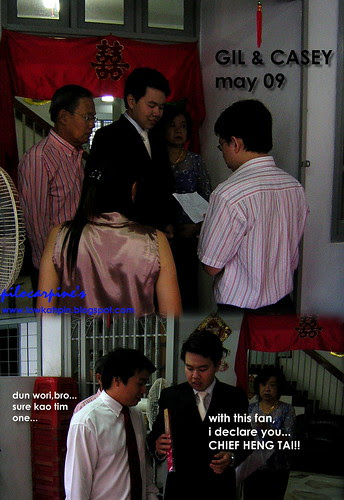 Early morning, I made the journey to Gilbert’s house. Took a simple breakfast, great cooking by Gil’s mom. 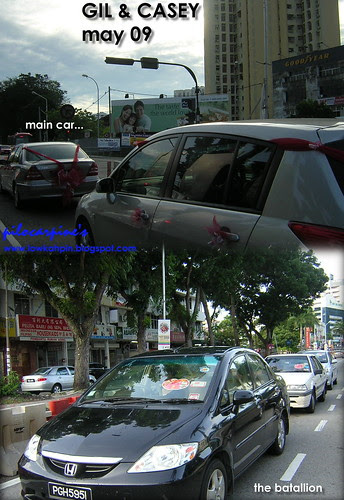 And we’re off to capture the bride at Batu Ferringhi.

Easy tasks at hand, leaving the photo-taking to the hired Pros.

Nothing the brotherhood of heng tai couldn’t handle.

Gilbert got Casey, kiss kiss hug hug and off to Casey’s grandma’s house to pray and pay respect to ancestor. 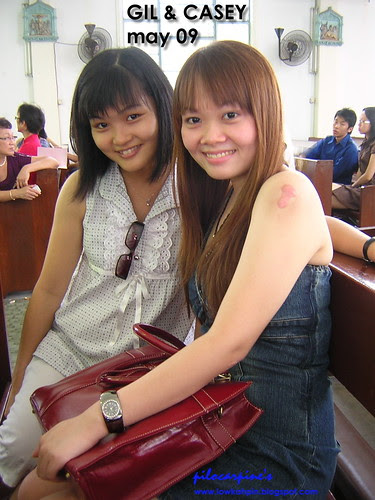 Kar Loon and I together with our missus made the early journey to the church to meet up with Choy Mei as Sheau Wen’s unborn child by Chinese belief should not encounter with the bride before her prayers.

Choy Mei, Gab’s gf, was put in charge of the deco for the church mass, mainly about the balloons.

And while waiting, lots of fine pics with the balloons were taken.

Initially planned to tie each balloons to every row of seats in the church, however, was stopped by the person in charge.

“This is church, not hall. Not balloon allowed inside. Thank you.”

He does have a valid point, and he made his point in the most polite way.

And so we’re left with flowers and confetti.

All stood up for the march in.

Armed and ready to let loose colourful petals and confettis into the air. Sheau Wen and her cynical grin. 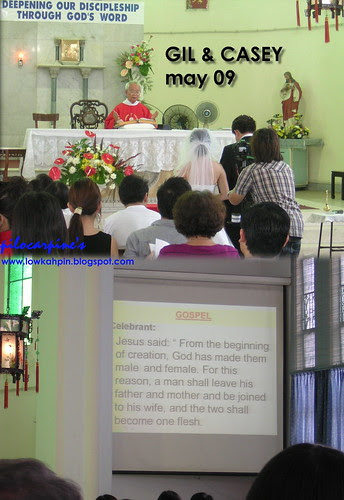 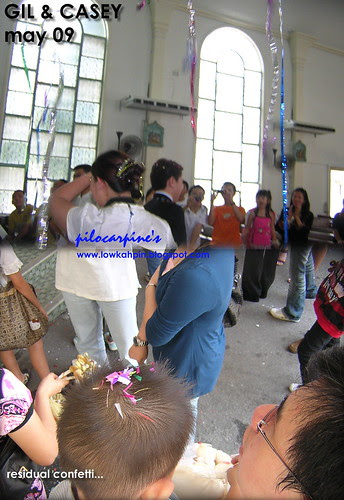 The celebration was bigger as Gilbert and Casey held each other tightly, walking out of the church, follows by short photo sessions. 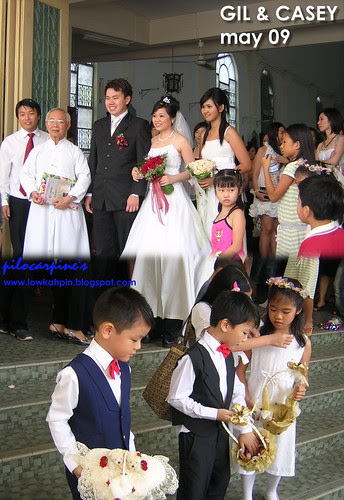 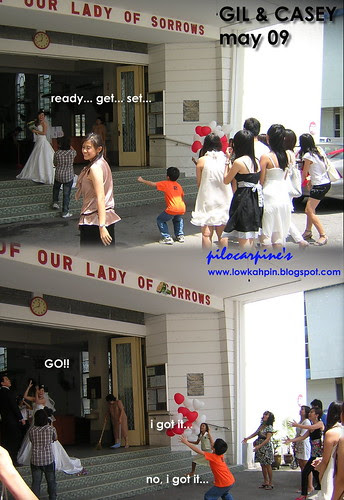 Lastly, the beautiful bouquet of flowers was being gracefully thrown to mark the next bride-to-be among the bridesmaids. 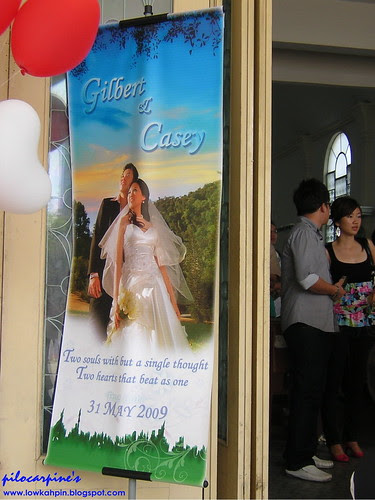 Gilbert and Casey: Two hearts that beat as one. As one flesh.

Email ThisBlogThis!Share to TwitterShare to FacebookShare to Pinterest
category amigos para sempre, those were the days

Writing is a socially acceptable form of Schizophrenia

History will have to record that the greatest tragedy of this period of social transition was not the strident clamor of the bad people, but the appalling silence of the good people.

"Courage doesnt always roar, sometimes courage is the quiet voice at the end of the day saying 'I will try again tomorrow'
- Mary Anne Radmacher

Our tough path can be illuminated by reading great works of literature, but was also to encourage you to write, and to show you that writing creatively and inventively can help you through the exigency and the vicissitudes of this crazy life.
- Words have power! 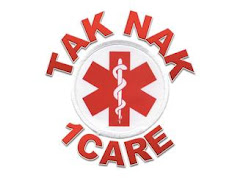 intro of a stalker

pilocarpine
Georgetown, Penang, Malaysia
just another stalker by another not-so-posh nic trying to outsmart another little known smart ass's blog. everything i write is completely fictional, fiction and nothing but fiction, and thus this blog is technically in a legal vacuum.

if it's d news, it aint new